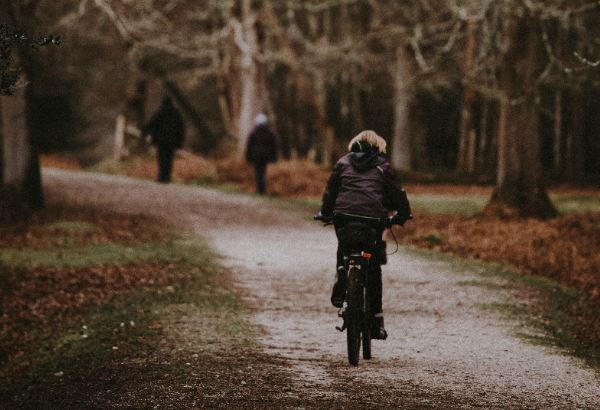 Sometimes to answer a client question I call upon the experience of a past client.  Just a snippet of their story, all completely anonymous, and trust this offers clarification.  This week I recalled a very lively lady I’d had the pleasure to meet 7 years ago.  The question I’d been asked is ‘Can hypnotherapy help with a ‘shopping list’ of issues?’

The lady, in her early 70’s, drove four hours to see me.  She had seen my website and described a burning need to book an appointment.  I scheduled her in around 11.30am because of the distance she was travelling and marvelled when she arrived alone, telling me she had not even told her husband where she was going.

Once comfortable in the chair, my client told me ‘I have a list’ and I began to take notes.  She said, she wanted to lower her blood pressure, reduce her stress levels, learn to ride a bicycle for daily exercise, and to just generally feel a sense of calm.  She’d done her research and found hypnotherapy was good for all of these things and had discussed it with her GP.

She told me her GP was sceptical, but she was determined to show him different.  One last thing she confided, was that her friends and family all thought she was a ‘bitch’ and she wanted to stop being ‘bitchy’.  Exploring this further, I discovered she liked to be in control as she felt others did not do as good a job as she did and that when she spoke up, she was frequently described by others as aggressive, rude, blunt, critical, too direct, etc.

To cut a long story short, I addressed all of the issues on her list, beginning by relaxing her need to be in control, which in turn reduced her stress levels.  Then we hypnotically taught her to ride a bike and created a sensible daily cycling routine as an outlet for her anxiety, to ensure she could balance good health and expend some of her pent-up energy.   All of these things combined should also see her blood pressure reduce to an acceptable level.

I wondered about this lady for some time after her visit and then one day, some months later, she called me.  I listened intently as she described her GP’s reaction to her change in lifestyle, and now non-existent issue with her blood pressure, how her friends at first thought she was crazy for learning to ride a bike and cycling every day, and how she had inspired them to actually join her.

She was absolutely engaged and loving her life, and she told me almost everyone she knew thought she had had some kind of personality transplant, and that she was now thought of as that person who radiates calm in the face of a crisis.  Even her family found her to be an approachable, wealth of wisdom.

I was congratulating her on her wonderful transformation when she said she had one more thing to tell me, and I certainly wasn’t expecting what she said next.  This lady thanked me for hearing her, for not judging her, and for helping her to, in her words ‘let go and live’.  She told me she had been truly tested to see if these changes were permanent when her husband had suffered a heart attack in the passenger seat of their car, whilst she was driving in a remote area.

She reported having remained unbelievably calm, that she stopped, called an ambulance to meet them, rendered first aid, and then resumed driving, even though sadly, her husband had passed away alongside her.  The ambulance officer even assessed her for shock and found her blood pressure to be perfect.  In the following days she was closely scrutinised by friends and family, and although grieving, she continued with her daily routine and maintained her good health, grace and dignity.

While this has been a lengthy re-telling, it does highlight how most ‘shopping list’ issues are intertwined and if approached in a carefully considered way, can be addressed, although not typically all at once as was the case here.  Nowadays, to do this we offer a program of sessions that are custom created just for you.